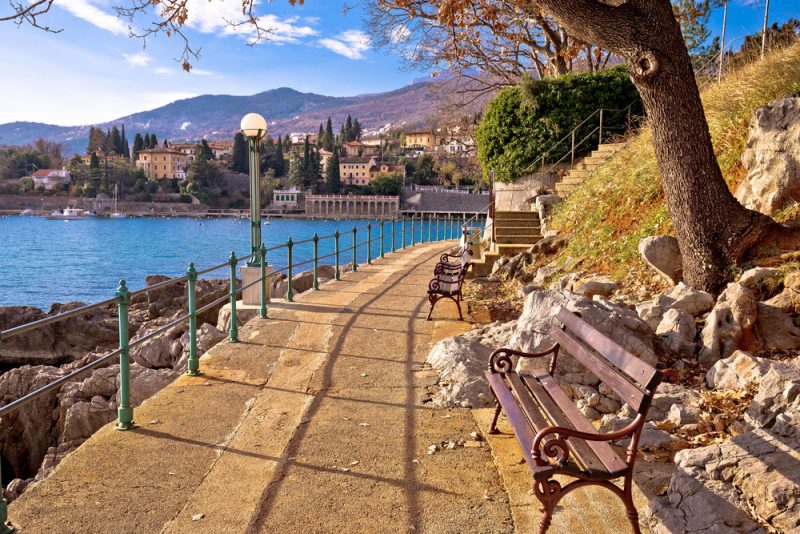 2011 was the 100th anniversary of Opatija’s best-known footpath – the famous coastal promenade that stretches from Volosko to Ičići and Lovran. Officially named the Franz Joseph I Promenade, it is still best known as the Lungomare. Dating back to the heyday of Opatija as a health and tourist resort at the turn of the 19th and 20th centuries, the Lungomare was built in parts. Ever since, the Lungomare has been a favourite walking path for local people and their visitors, a motif of countless photographs and paintings, and an essential part of Ičići’s townscape when viewed from the sea. A walk along this promenade above all means enjoying the fresh sea air and a beautiful coastal landscape dotted with quaint coves, but it is also much more than that. It is also a chance to learn something about local history: for right from its starting point in Volosko by the birthplace of the great scientist Andrija Mohorovičić, past former sanatoriums and guesthouses in the northern part of the promenade, through Angiolina Park and on past Slatina beach further south all the way to the magnificent villas in Lovran, the Lungomare reveals a series of buildings, locations, monuments and memorial plaques that tell the interesting tale of Opatija’s past. 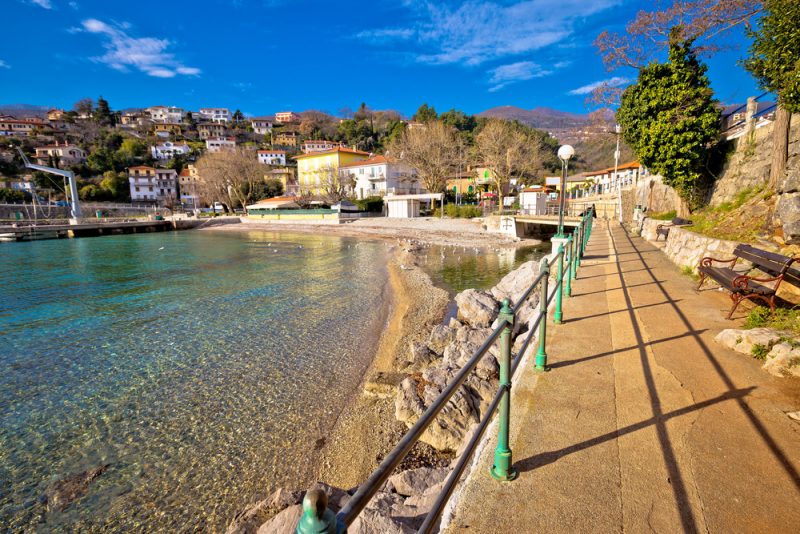 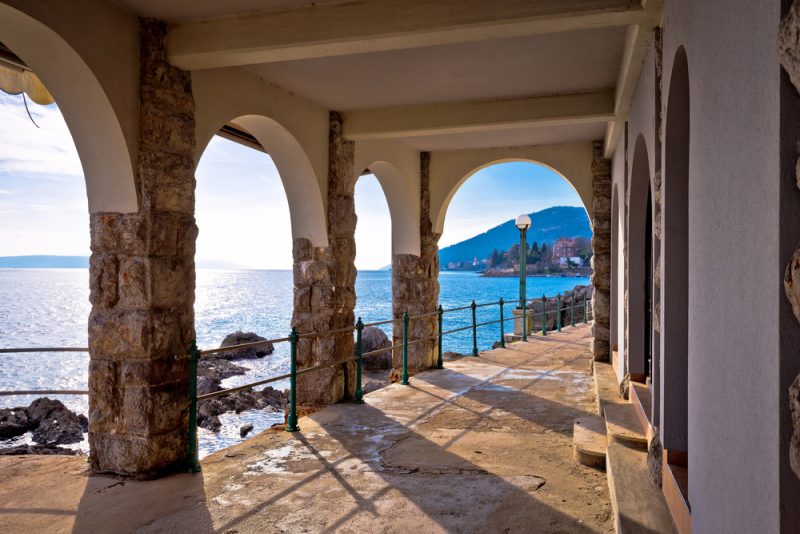